“Cleanaway is an awesome company that have started plenty of conversations through their TradeMutt shirts.”

“Cleanaway is an awesome company that have started plenty of conversations through their TradeMutt shirts.”

When former tradies Dan Allen and Ed Ross founded workwear brand TradeMutt in 2018, little did they know that they would ignite a nationwide mental health movement.

A year after they launched TradeMutt, Dan and Ed founded This Is A Conversation Starter (TIACS) a free mental health chat, text and callback service for industrial workers. The service was initially funded by TradeMutt shirt profits and has provided 6,541 hours of free mental health counselling to 8,226 Australians to date.

Recently, the TIACS Alliance was formed to allow industry leaders to make donations directly to TIACS which expands its reach to even more people in need of mental health support.

TIACS is just one of the mental health initiatives kickstarted by TradeMutt. The social enterprise has plans to introduce Funky Shirt Fridays as a positive Australian working tradition and encourage Aussie workers to check in with each other on a weekly basis. 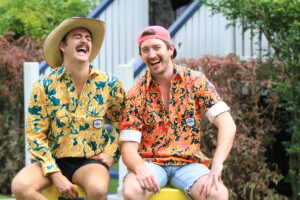 “I’ve dealt with depression and suicide in my family, so mental health is a topic close to my heart,” said Matt.

“I’m glad I had a chance to talk to my colleagues and mates during my worst times, or I wouldn’t be here today. I love the idea behind TradeMutt because they give so many people that opportunity.”

“Our partnership with TradeMutt helps us create a safe space for our employees to start conversations early and share their stories with each other,” said Katie during the launch of the partnership at Cleanaway’s Narangba hazardous liquids site. 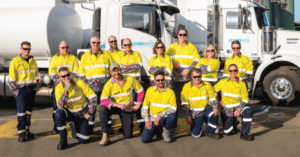 Pictured: Matt (front row, left) and Katie (back row, second from right) posing with the Cleanaway Narangba team during the launch of the TradeMutt partnership. TradeMutt’s Dan and Ed are next to Matt in the front row.

Cleanaway has since made another order after many sizes immediately went into backorder including both high vis and corporate shirts, to spark mental health conversations on site, off site and even online. 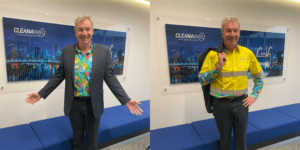 The eye-catching workwear has since been spotted in the wild at various Cleanaway sites including at our Milton corporate office. The Milton team marked their first day back in the office this year by proudly donning their TradeMutt shirts. 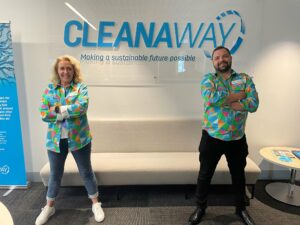 Cleanaway’s past and proposed uniform spend with TradeMutt equates to an estimated 60 hours of TIACS counselling for approximately 76 people. 52% of them would be first-time callers. The nature of these calls includes relationship issues, anxiety, stress, depression and trauma.

“Cleanaway is an awesome company that have started plenty of conversations through their TradeMutt shirts,” said TradeMutt co-founder Dan, who started the social enterprise after unexpectedly losing a young friend to suicide in 2016.

“They’re doing a fine job with driving a much needed social and cultural shift around mental health within their organisation, industry and community at large.”