E-waste: An inconvenient consequence of the digital age

Every year, 44.7 million tonnes of e-waste is generated around the world – containing up to US$ 65 billion worth of raw materials like gold, silver and platinum. The amount of global e-waste is expected to increase by almost 17% to 52.2 million tonnes in 2021, or around 8% every year. In Australia, e-waste is also the fastest-growing component of the municipal solid waste stream.

Yet, documented statistics by the United Nations University show that only 20% of e-waste is collected and recycled while the fate of the other 80% is unknown, but very likely dumped, illegally traded or recycled under uncontrolled conditions.

Developing countries receive a lot of the unprocessed, outdated technology, and disposal methods are often environmentally damaging. Electronics contain hazardous materials like lead, cadmium and beryllium, so burning these components can damage human health and the environment. Disposal without processing is also a missed opportunity to recover and reuse valuable resources.

Prior to 2018, China was a willing recipient of 70% of the world’s e-waste. The city of Guiyu, China, was considered to be the world’s e-waste capital as it received 4,000 tonnes of electronic waste per hour. But when China’s National Sword policy was actioned in January, many countries were left without a market for not only electronic waste but other recycled materials below the acceptable level of contamination. 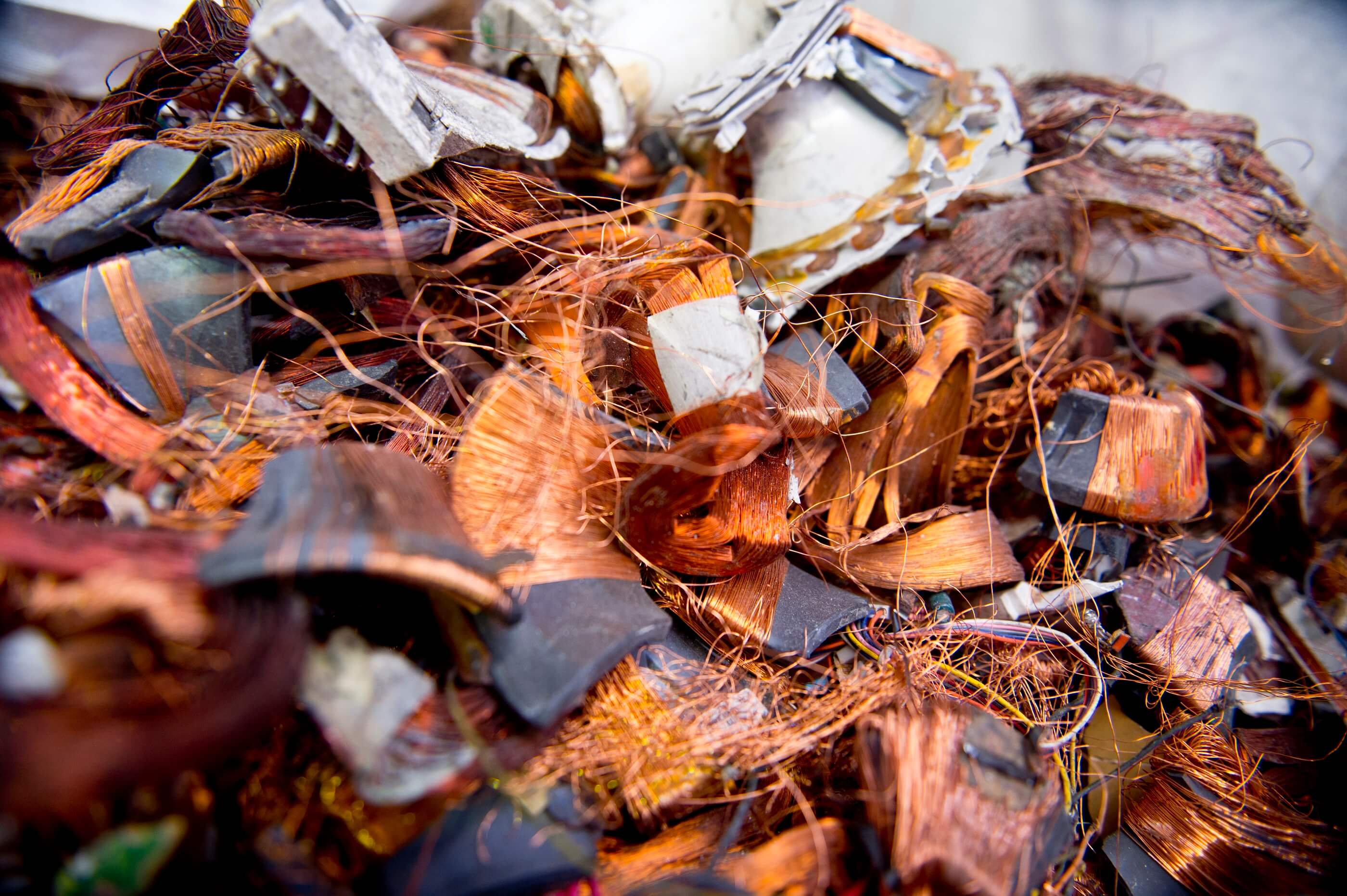 Around 10% of the world’s gold and 30% of silver goes into making electronics, but only 15% to 20% of the 50 million tonnes of e-waste created every year are recycled. Besides plastic and glass, electronic devices contain base and special metals such as cobalt, tin and antimony as well as precious metals like silver, gold, and platinum, all of which can be fully recovered.

The National Resources Defence Council in the US estimates that 10 ounces of gold can be extracted from every tonne of printed circuit boards, while more than 100 tonnes of gold ore needs to be processed to get the same amount. The estimated recoverable metal value from e-waste is about US$370 million, including US$150 million from discarded printed circuit boards alone. 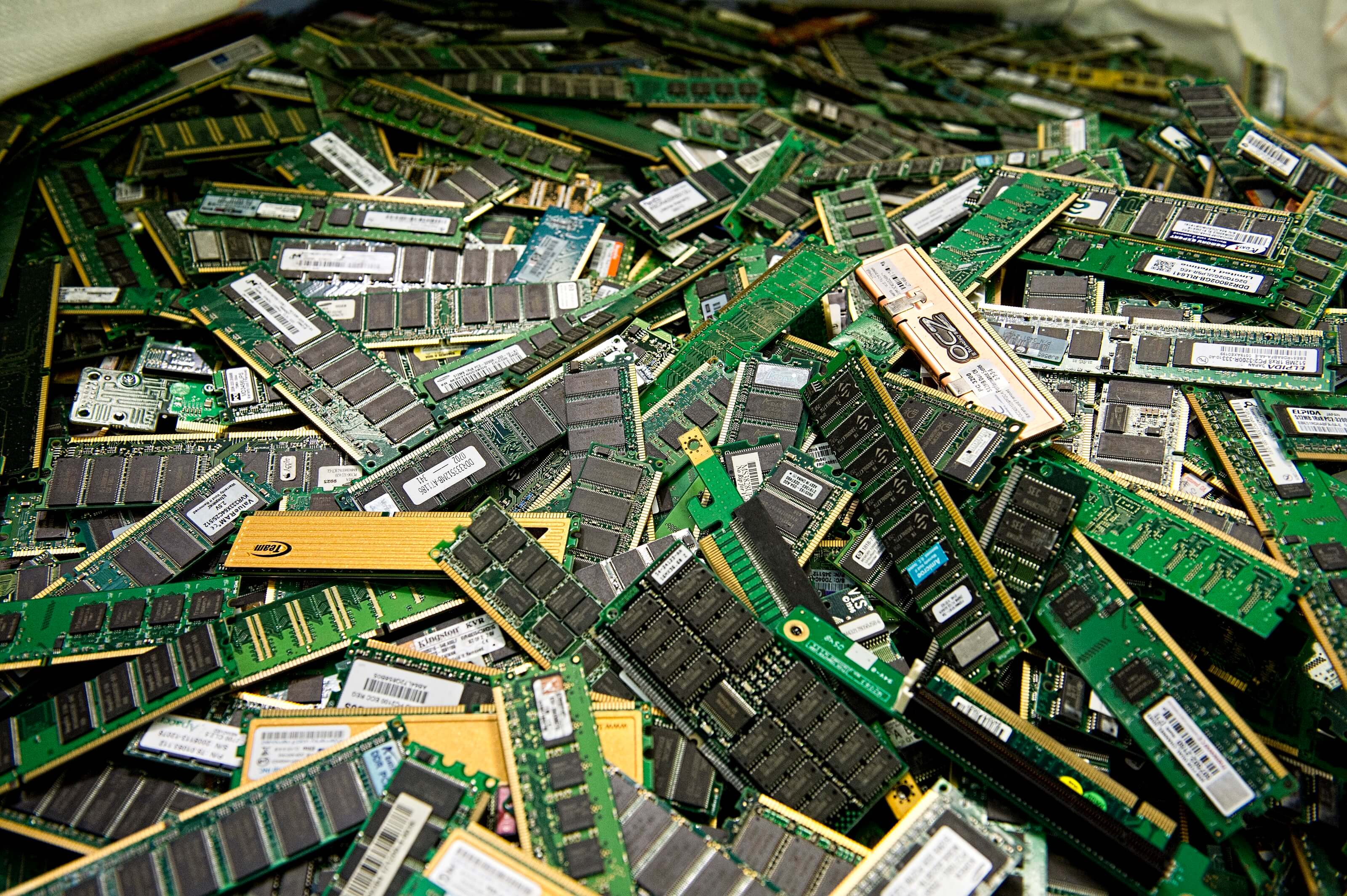 What’s the situation in Australia?

Millions of electronic devices like televisions, computers and mobile phones are discarded in Australia every year. To prevent e-waste from going to landfill, the National Television and Computer Recycling Scheme was implemented under Australia’s Product Stewardship Act 2011. The scheme provides Australian households and small businesses with access to industry-funded collection and recycling services for televisions and computers.

Sustainability Victoria’s acting CEO Jonathan Leake, said that municipal e-waste is growing up to three times faster than general waste in Australia. He estimated that the country’s e-waste will increase more than 60% to a predicted 223,000 tonnes by the year 2024.

“Australians are high users of technology and among the largest generators of e-waste in the world. Recycling captures valuable metals as well as plastics and glass, so they can be reused in the next wave of technology rather than mining or making new material,” said Leake.

Ahead of an e-waste-to-landfill ban that takes effect on 1 July 2019, the Victorian Government recently announced a $16.5 million investment to upgrade more than 130 e-waste collection and storage sites across Victoria. This is part of their efforts to reform e-waste management laws, including upgrades that will ensure 98% of Victorians are able to find at least one e-waste disposal point within a 20-minute drive.

Australian households and businesses are not recycling their old computers, tablets, televisions and printers because they fear losing data or they think it will cost too much.

“While three-quarters of Australians know that their mobile phones can be recycled and reused, 8% actually do something about it,” said a 2017 Ipsos survey.

“Just one in 10 Australian mobile consumers are choosing to participate in the second-hand phone market, lagging behind the global average of 15 per cent and less than half of the 22 per cent of UK mobile consumers,” the survey found.

TechCollect’s survey of 1,000 respondents in Sydney, Melbourne, Brisbane, Adelaide and Perth showed that 43% are keeping old electronic devices in case they need them again with one in five respondents admitting to being device hoarders. Only 33% have taken e-waste to a designated drop-off site, and one in four have thrown their e-waste into the bin, which is likely to end up as landfill. 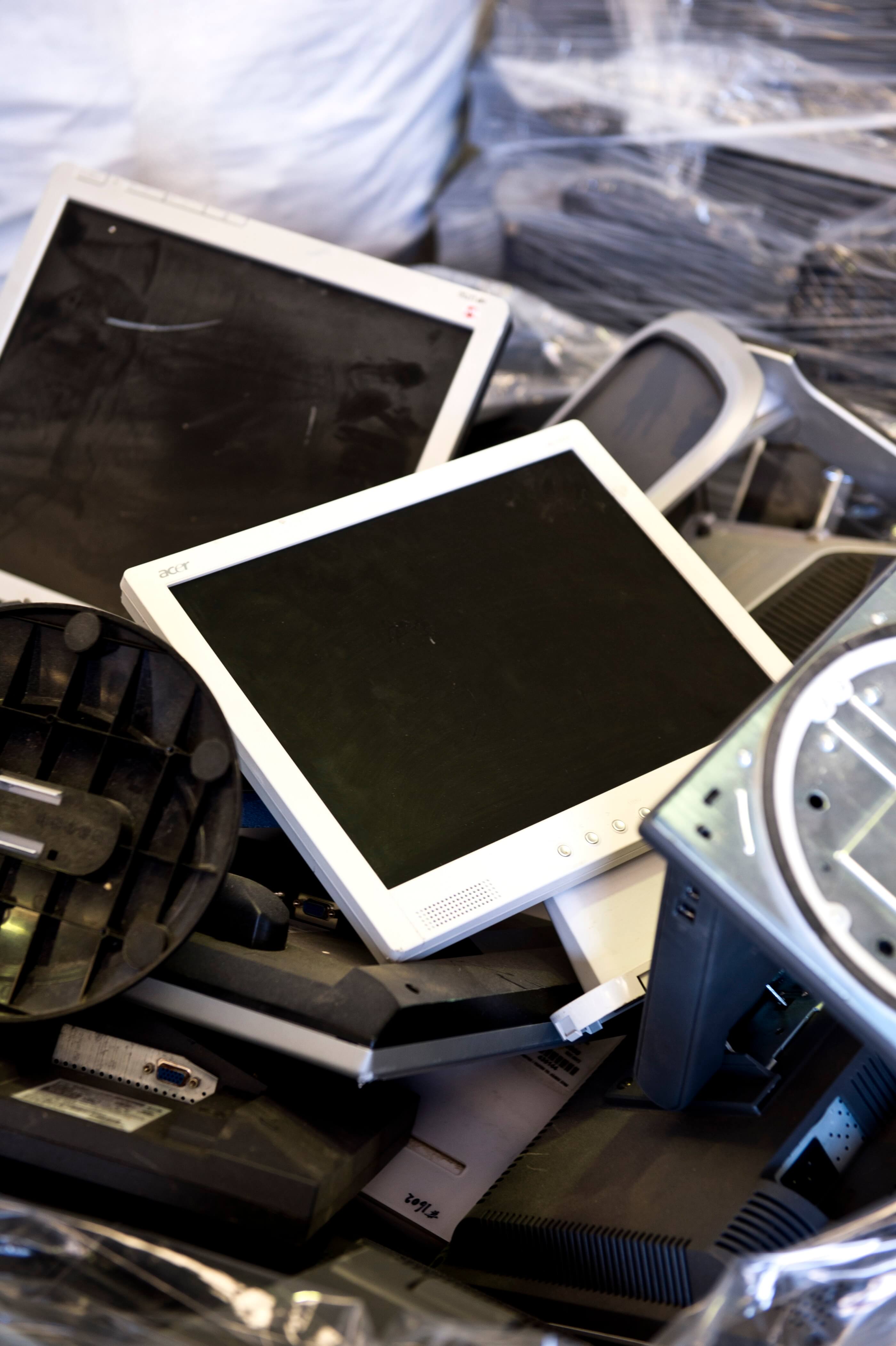 What can you do about e-waste?

For consumers, identifying what exactly is e-waste is the first step.

The Australian Bureau of Statistics defines e-waste as “waste electrical and electronic equipment that is dependent on electric currents or electromagnetic fields in order to function (including all components, subassemblies and consumables which are part of the original equipment at the time of discarding).”

Next, ensure that your e-waste is disposed of at a reliable, ethical recycling plant. When handled correctly, at least 90% to 95% of e-waste components can be recycled, greatly reducing the environmental impact of landfill dumping, sourcing new materials, pollution and contamination.

For customers with small amounts of e-waste, free drop off sites by TechCollect are located around the country. Find your nearest e-waste drop off point here.

To book an e-waste recycling service for your business, email us via this address for more information.

Why your business needs to care about secure e-waste disposal