Communities - Our People - Our Services

"During this trial, we also gained valuable learnings on how we can improve it for implementation in similar projects in the future."

"During this trial, we also gained valuable learnings on how we can improve it for implementation in similar projects in the future."

Following the February flooding in South East Queensland, approximately 85km of beachfront between the North Sunshine Coast and Fraser Island was contaminated with polystyrene particles that were left behind after pontoons washed ashore.

Further complicating the problem was the terrain of Noosa Beach which featured hundreds of metres of steep sand cliffs. These cliffs had formed along the beach by rough surf and the situation made it difficult for Cleanaway all-terrain vacuum trucks to access the problem areas. 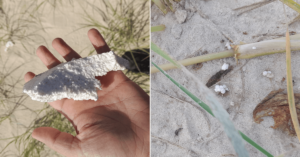 Pictured: Polystyrene particles washed up on the Noosa Beach shoreline.

“When Noosa Council approached us for a solution, I started researching beach cleaning methods and contacting people who run beach clean-up drives to check if any work had been done in the past, but I couldn’t find what we needed,” said Graduate Engineer Pir Muhammad Junejo.

“So, I approached my IWS team to see what kind of machinery and equipment we have on site. After some brainstorming sessions with the team including Branch Manager Nick Emmett, Key Account Manager Ben May, Project Manager Steve Milward and Operations Supervisor Cem Kusdemir we decided to go ahead with a vacuum unit with vibration separator as our prime method for the trial.” 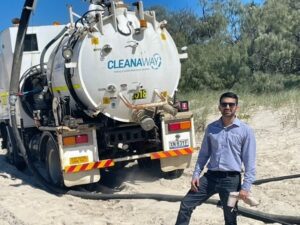 Despite the challenges, the Queensland IWS team conducted the polystyrene clean-up trial in early April 2022 – only four months into Pir’s career with Cleanaway. Using his newly modified general waste vacuum unit, the team went to work sucking up layers of sand containing polystyrene, which would then be screened at a nearby quarry. Once the polystyrene particles were screened, the clean sand was returned to the beach. 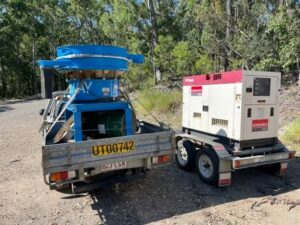 Pictured: The mobile screen that was set up at a nearby quarry to screen polluted sand collected from Noosa Beach.

To facilitate the removal of polystyrene pollution from hard to reach dune areas, the Queensland IWS project team brought in extension hoses to extend the reach of the all-terrain vacuum trucks. 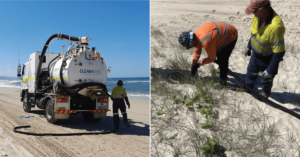 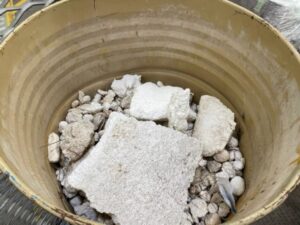 Pictured: Some of the polystyrene debris collected during the clean-up trial.

The team’s vacuum innovation cleaned up a total of 160L of polystyrene along 5.5km of beachfront in just five days. Any remaining polystyrene particles were collected by hand by Noosa Council crews who were brought in to follow behind Cleanaway vacuum operators.

This successful trial eliminated the risk of microplastics entering the water table and impacting the marine life off the Noosa Beach coast.

“Seeing our methodology work and our team effort pay off gave me immense contentment,” said Pir.

“During this trial, we also gained valuable learnings on how we can improve it for implementation in similar projects in the future.”