Hosting a return point has supported multiple activities, not just considerable local litter reduction, but education and engagement throughout the community.

Hosting a return point has supported multiple activities, not just considerable local litter reduction, but education and engagement throughout the community.

The bottles and cans collected at the return point under the Wilcannia Aboriginal Waste Management Project also earn money for the Land Council. 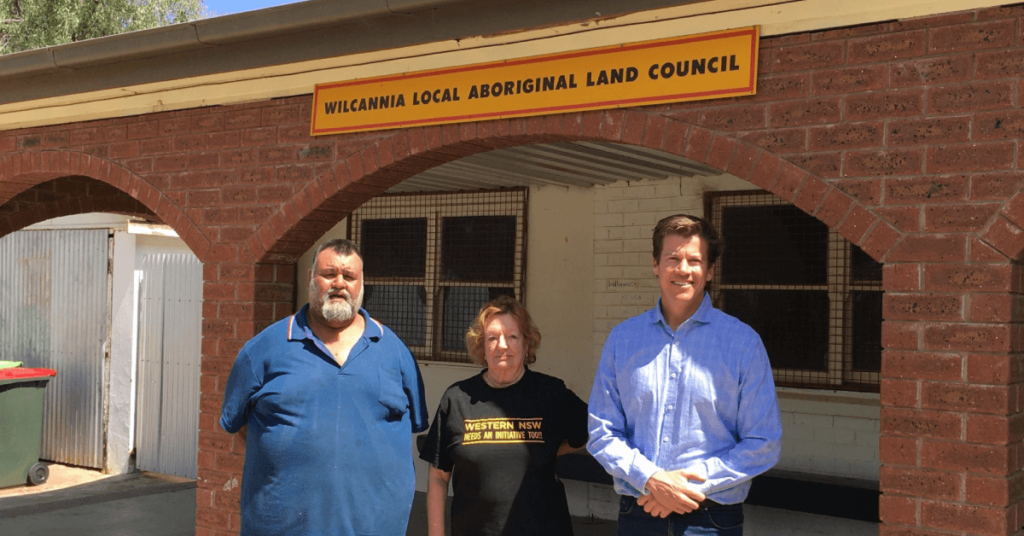 Pictured: TOMRA Cleanaway CEO James Dorney  with Jenny and Kevin from the LALC during a site visit to Wilcannia.

The over-the-counter return point is part of the NSW container deposit scheme, Return and Earn, which is delivered by network operator TOMRA Cleanaway and administered by scheme coordinator, Exchange for Change. Return and Earn is an example of the split responsibility scheme model.

TOMRA Cleanaway CEO James Dorney paid tribute to the Wilcannia LALC and REDI.e for winning the award.
“Our partnership with the group could not have been achieved without foresight and enthusiasm from the team at Wilcannia,” James said.

“Hosting a return point has supported multiple activities, not just considerable local litter reduction, but education and engagement throughout the community.”

The idea of joining the container deposit scheme as part of a larger waste management project was proposed by Wilcannia LALC CEO Jenny Thwaites.

“Money is a big encouragement in a community that has such a high unemployment level and a really high degree of socio-economic disadvantage but it’s also reduced the number of bottles and cans lying on the street and it seems to be having a flow on effect in that there’s generally not as much rubbish, which is really good,” Jenny said.

The over-the-counter return point has received more than 200,000 drink bottles and cans since it was established in May 2019 by the land council.

REDI.E Project Manager Kevin Cattermole attended the award ceremony in Murrurundi in the Upper Hunter Valley on 14 March where he was presented with the award and a $5,000 cheque.

Government applauded for choosing a CRS that benefits all Tasmanians

Why is container return scheme design so important?