Find out what front lift driver Ben Van Gemert has picked up during his 13 years with Cleanaway.

As a single dad of two young girls, it’s great to be able to start early and be home with the family after.

As a single dad of two young girls, it’s great to be able to start early and be home with the family after.

With a twinkle in his eyes, and a smile on his face, front lift driver Ben Van Gemert is a familiar sight in Katoomba, NSW, having worked at our depot for 13 years. Ben is known for taking pride in both his work and his truck, which he washes after every shift.

One of the things Ben loves about Cleanaway is the flexible hours he gets for his shifts. “As a single dad of two young girls, it’s great to be able to start early and be home with the family after,” Ben said. “Also, the Blue Mountain boys and Nat (Natalie Morton, Operations Supervisor) are a great bunch to work with. We have a great team at the Katoomba branch.”

As a driver, Ben has had his share of finding peculiar things in bins, as well as encountering occasional wildlife during his routes. “I’m always finding wildlife like possums in bins,“ Ben recalled. “It’s not uncommon for a few possums to jump out the truck when I unload at Erskine Park.” In fact, the team at Erskine Park now joke when Ben doesn’t bring in a possum each day. 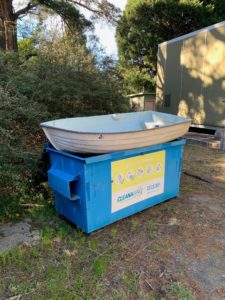 Pictured: Possums aren’t the only unusual things Ben finds in his bins

One of Ben’s career highlights was getting his brand-new Scania truck three years ago. “Getting my truck was like all new was like all my Christmas’ come at once! I had previously been driving an old Iveco for ten years, which was rough as guts. The technology in the trucks has become a lot more advanced and we’ve got a lot busier in the 13 years I’ve been with Cleanaway.” 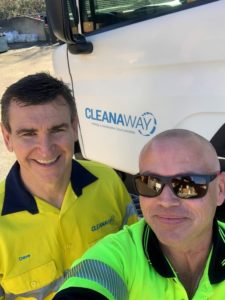 Ben also had the pleasure of taking NSW Solids GM David Clancy on a ride-along. Meeting at the depot at 4am, David helped empty a few bins during the ride. “I’ve met Dave a few times – he’s a top bloke. He specifically asked to come on a truck with me, which was great.” Ben said.

We appreciate Ben, not only for his solid dedication and service of 13 years, but also his positive attitude during these trying times. Good job, Ben! You definitely have the Cleanaway drive. 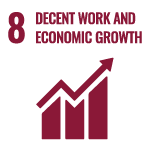 Cleanaway is committed to promoting sustained, inclusive and sustainable economic growth, driven by employment and decent work for all. We are aligned to the United Nation’s Sustainable Development Goals (SDGs) as described in our 2020 Sustainability Report.

Contact us to learn more about the incredible men and women who are making a sustainable future possible through a career with Cleanaway.

All-rounder and all round superstar: Anna Siountris