Once I got in a truck, I just knew that it was for me. Plus, I had to prove to Dad that girls could!

Once I got in a truck, I just knew that it was for me. Plus, I had to prove to Dad that girls could! 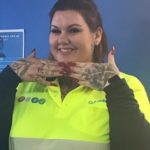 Driver Kirsty Whan grew up in Port Augusta, spending time in Mount Compass and Tamworth before coming to Adelaide and becoming the first female driver in our SA Solids team.

Before her role with Cleanaway, Kirsty tried her hand at hairdressing and healthcare but decided that it really wasn’t for her. The turning point for Kirsty was when she started a five-week training course that covered forklift, truck driving, skid steer and loader operations. “Once I got in a truck, I just knew that it was for me,” Kirsty said. “Plus, I had to prove to Dad that girls could!”

After the training she found a job as a courier driver and went on to train in freight and long haul truck driving. “My husband works in the waste industry so we moved to Adelaide and I worked with a few companies before making the leap to Cleanaway.” Kirsty said.

When asked about how she feels being the first female driver working for Cleanaway in SA, Kirsty replied, “It’s great. I used to see some of the Cleanaway team at the tip. They always looked so happy and seemed like a good bunch of guys. The boys were really welcoming when I came to meet them about the job which I appreciated. I stir them a bit and give back as good as I get so that helps.” she said with a smile.

Kirsty is all about personal empowerment and doesn’t see gender as a barrier for anyone to get ahead in life. “There’s no reason for girls not to be a truck driver or a doctor or whatever else they want to do. Although, I must say my friends can’t get their heads around me driving a truck because I’m a bit of a girly-girl with my nails and eyelashes.” Kirsty laughed.

The best part of Kirsty’s job is being in her truck and interacting with the community. “I love it when the kids come out to wave or say hello,” she said. “Love my truck too, I’ve named her LaFawnduh which is a reference to the movie, Napoleon Dynamite.”

Kirsty has had her fair share of interesting moments on the job. “One day, we had a driver in the city who ran a red light and then just stopped in the middle of the intersection. Then there were near misses when a driver who went through a give way sign and almost hit the side of my truck. We’ve also seen a guy doing yoga in the gutter where our bins were, and then another driver freaked out when they saw us and reversed back into the bins we were about to tip and knocked them all over.” Kirsty recalled.

Kirsty highly recommends a career in waste industry, and with Cleanaway. “We have such a great team,” she said. “I have been so welcomed from the start – not sidelined like in some other places. I feel that I can talk with the bosses like mates and we work well together. Plus, Cleanaway are great about flexible working hours which I’m really happy about!””

Contact us to learn more about the men and women that make up our diverse and expert workforce.

Back in the driver’s seat: Meet Darryl Durkin

The charmer of St Marys