Planting the seeds for a sustainable future: Cleanaway’s Clean Up wrap up 2021

Cleanaway teams from across Australia took to our local streets, parks and waterways for Clean Up Australia

There is an opportunity for the community to make more use of container return schemes, as there were still a large number of bottles and cans found littering the streets.

There is an opportunity for the community to make more use of container return schemes, as there were still a large number of bottles and cans found littering the streets.

The Cleanaway blue army once again rolled up their sleeves at sites across the country for Clean Up Australia Day. Armed with tongs, gloves and waste and recycling bags, our teams found many of the ‘usual suspects’ such as plastics and cigarette butts, and quite a few unusual items along the way! Here are the highlights:

The Riverland team and community outdid themselves this year with 25 volunteers, seven from Cleanaway, collecting 150 bags of rubbish and recycling from the roadside from Monash heading towards Barmera on Sturt Highway.

Later in the day, the Monash Country Fire Service Brigade organised lunch for all involved. There was also a discussion about how Cleanaway and the community could continue to work together for the benefit of the environment.

Operations Manager Matthew Coombes said, “We discussed that waste and recycling education is key to keeping our beautiful part of the world clean. I believe that working together will strengthen the relationship between Cleanaway and the community while improving waste and recycling outcomes.” 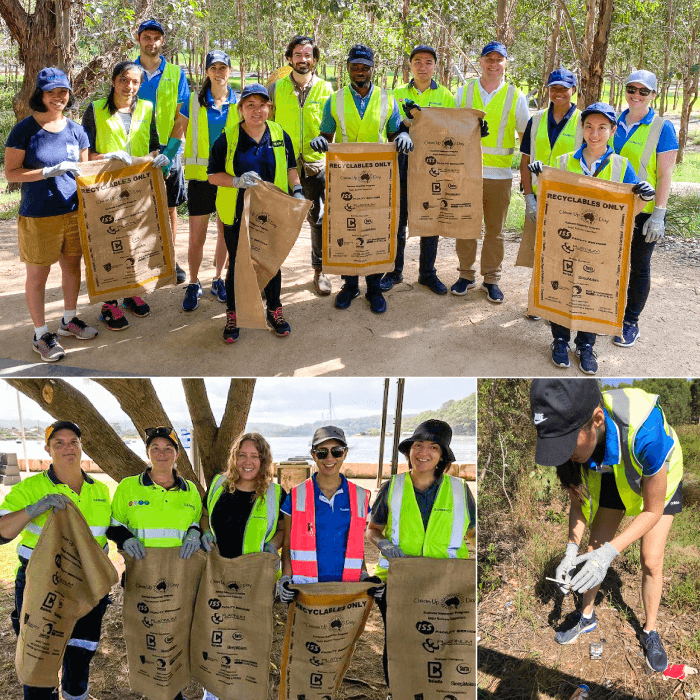 40 volunteers from our Solid Waste Services and Milton teams turned up in full force with lots of children and families joining the clean up. Ollie the dog marked his fourth year in a row joining the event!

Member for Brisbane, the Hon Trevor Evans MP, stopped by to thank volunteers for giving up their time on a Sunday morning to clean up the neighbourhood.  Around 11 sacks of rubbish were collected along with a basketball, many glass bottles, disposable coffee cups and the usual smaller bits of rubbish and steel.

The team noted that there was an opportunity for the community to make more use of Queensland’s container return scheme, as there were still a large number of bottles and cans littering the streets of Toowong where they cleaned up. 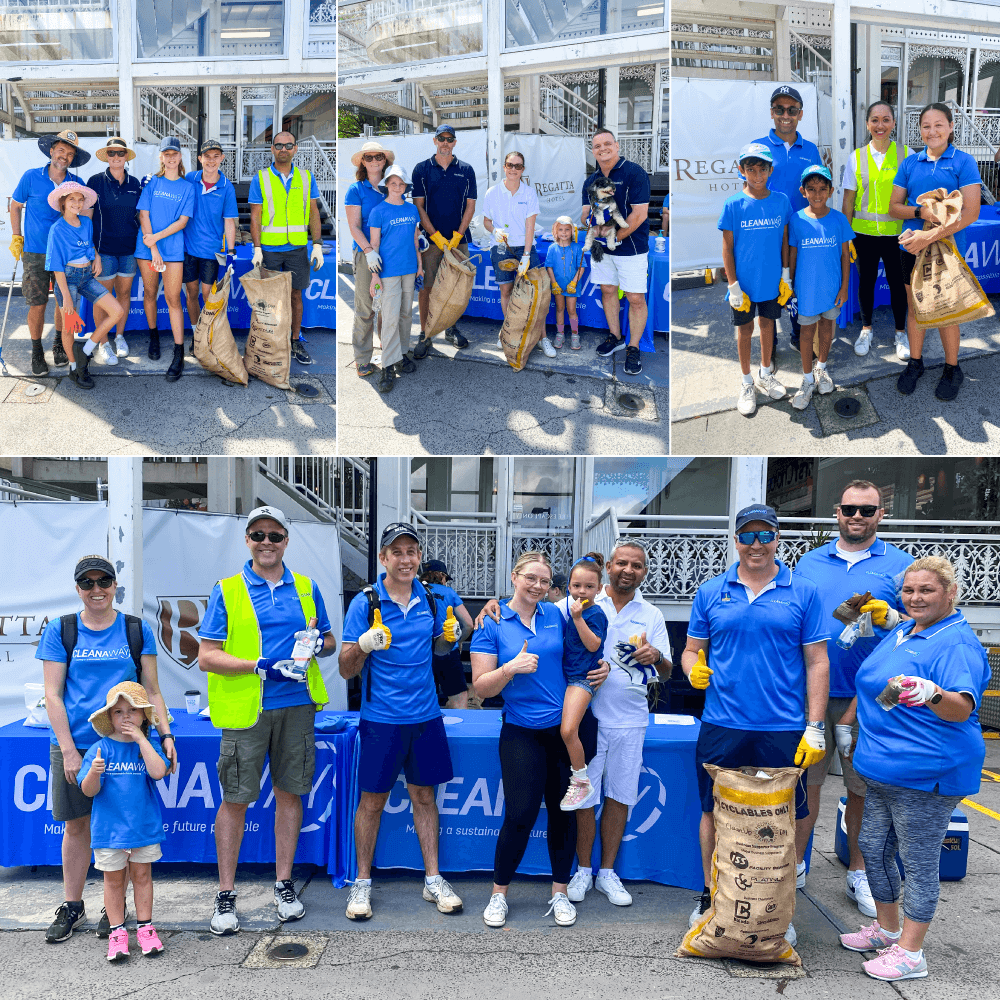 Our Human Resources team from St Kilda cleaned up the area behind the office at Fawkner Park. The team collected a half bag of recycling and an almost full bag of rubbish to be disposed of. It looks like we have a ‘Sausage Dog’ in the team too! How’s that for diversity and inclusion?

Going beyond Clean Up Australia Day