Gary Winters and Nick Welbourne recently celebrated long serving career milestones with Cleanaway. Learn about what brought them to their current roles.

Meet two team members from our Rutherford Refinery who celebrated career milestones with Cleanaway. We caught up with Gary and Nick to find out more about their roles and what it’s like working with us.

Gary recently received an award for five years of service with Cleanaway. Gary brought an amazing wealth of experience to Cleanaway, having spent 10 years in State Rail, almost 20 years in cold tar and naphthalene distillation plants and five years in civil engineering.

Gary said, “As a Refinery Team Leader, I take pride in contributing to my shift team at Cleanaway through my leadership skills and focus on safety. While not at work, I enjoy golf, fishing and spending time with my family and grandchildren.” 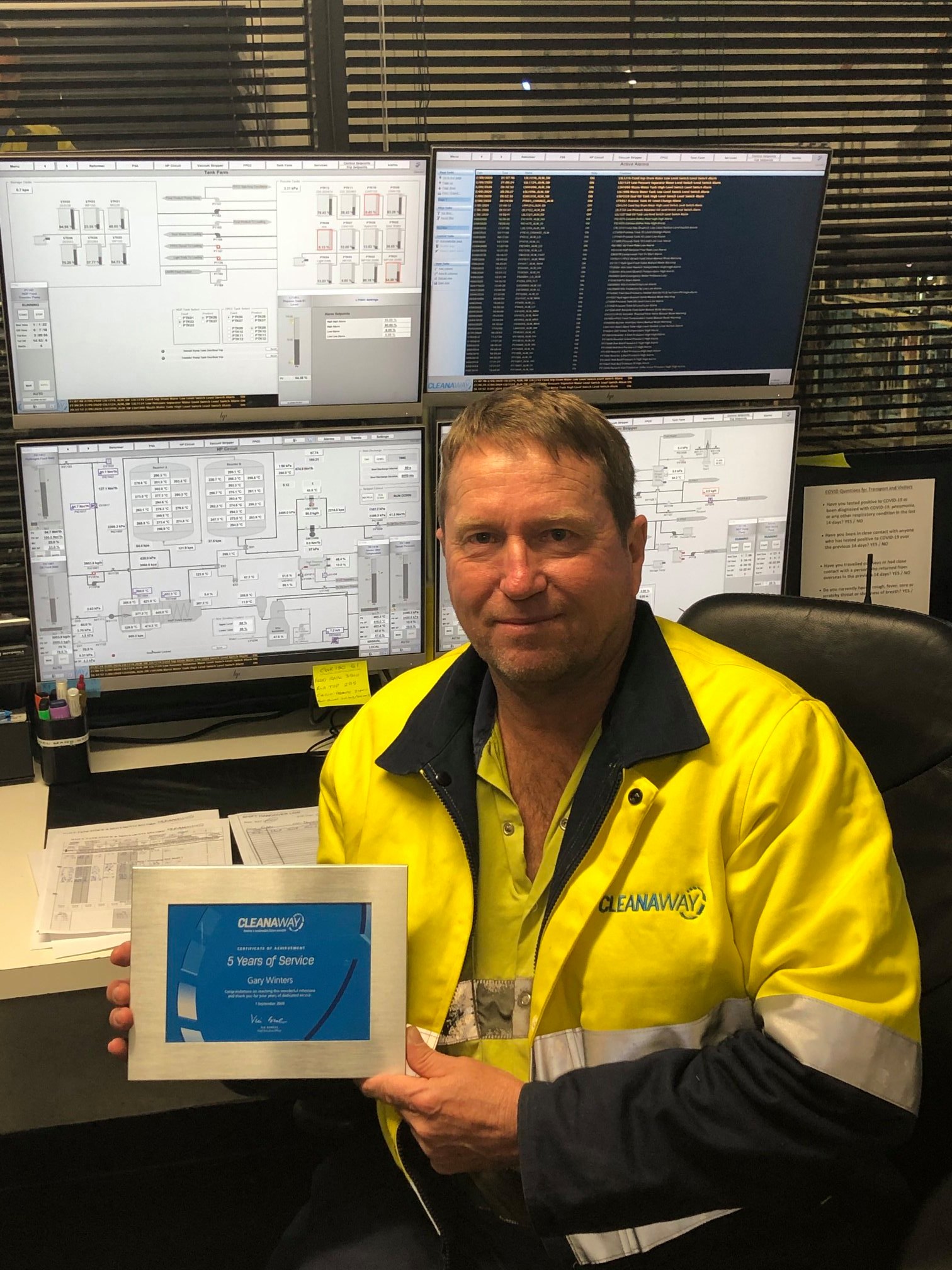 “I joined Cleanaway in September 2010. My background was process and project engineering from steelmaking, coal tar distillation and power generation. When I started, I provided technical support for the plant’s operating and maintenance teams. Over the years my role has progressed to Production Engineer, where I now lead those teams.”

Nicholas recently celebrated his 10 year anniversary with Cleanaway. In that time, he’s most proud of being part of a team that produced Group II base oil, making Cleanaway the only Group II base oil manufacturer in Australia. The team have also increased production volume by more than 40% since the commissioning of the plant in 2006, and won awards such as the Hunter Manufacturing Excellence in Technology Award and Cleanaway’s Team Star Award. Most importantly, Nicholas is pleased to have maintained a record of zero lost time injuries at the site.

Contact us to learn more about the amazing men and women who make up our diverse workforce.

Staying incident-free at the Wheatstone plant

Working together to service the US Navy