Rob immediately recognised the medal as a Defence Force Service Medal, and with only the identification number on the back as a guide, started his detective work to track down its owner.

Rob immediately recognised the medal as a Defence Force Service Medal, and with only the identification number on the back as a guide, started his detective work to track down its owner. 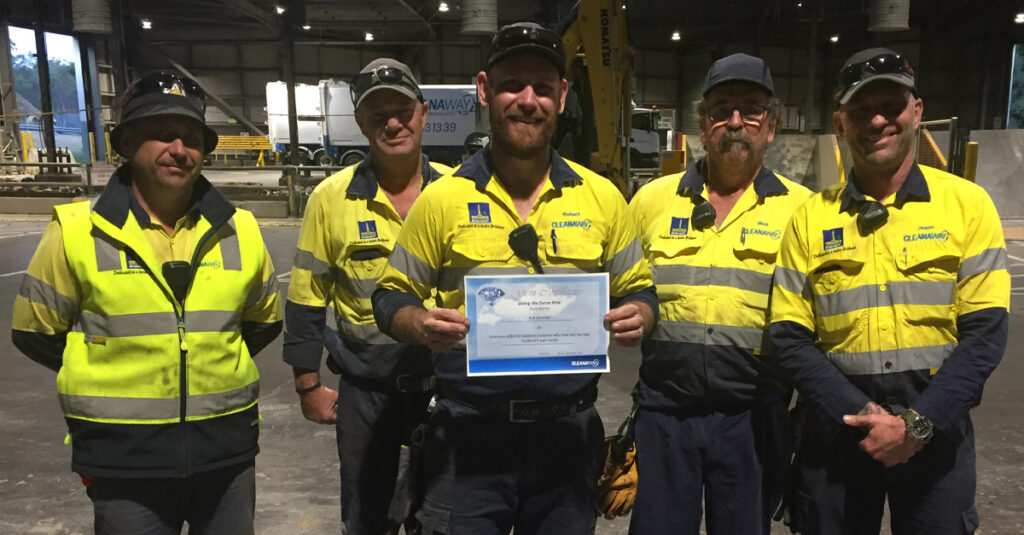 Chandler Resource Recovery Centre Operator Rob Gorman recently undertook a major search mission when a Defence Force Service Medal was found in a box of recycling. Rob immediately recognised the significance of the medal as a Defence Force Service Medal, and with only the identification number on the back as a guide, started his detective work to track down its owner.

Rob posted on numerous Defence Force Facebook pages where he received hundreds of replies – many of them messages of support. Eventually, Rob was able to narrow the search and identify the medal’s owner.

The medal belonged to a 70-year-old soldier who had recently passed away. His widow had arranged for family members to come around and help clean up the house which is how the medal ended up in a box with other bric-a-brac and sent to Chandler Resource Recovery Centre for disposal.

The soldier joined the Royal Australian Air Force (RAAF) as an Airman in 1971, relocated to Queensland shortly after where he spent his entire 15 years of service. One of his long-time mates was a gentleman called Ted who collected the medal. Ted was very appreciative of the time and effort that Rob had invested and gave his heartfelt thanks to Rob and the crew with more than a little emotion.

Rob understood the significance of the medal having spent eight years in the Royal Australian Engineers unit of the Australian Army as a Civil Construction Plant Operator. In his service, he has helped with the clean up of the 2011 Queensland floods and built remote aboriginal communities, among many other highlights.

In recognition of his efforts, Cleanaway awarded Rob with a GEM award for Going the Extra Mile.

Contact us to learn more about the talented men and women who are making a sustainable future possible with Cleanaway.

13 13 39 - essential waste services at your fingertips