Skip to content
Please be aware of increased cyber-attacks attempting to take advantage of the COVID-19 emergency. While Cleanaway’s security has not been compromised, please click here for information on how to prevent email fraud.

We are proud to have been part of the NAIDOC Week celebrations held at our Eastern Creek site recently.

Cleanaway Operation Manager Westley Trist’s aunt, Aunty Cino Morrison of the Murrawarri people began the occasion with an Acknowledgement to Country. Her eight nieces, great nieces and granddaughters then joined her for the national anthem sang in traditional Darug language. 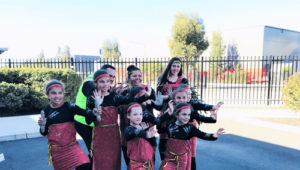 The kids had an opportunity to teach some of the Cleanaway staff how to sing “Head, shoulders, knees and toes” in traditional Darug language. They then pulled people from the crowd to participate and teach a traditional emu dance where dancers mimicked a hunter stealing an emu egg from a nest, (but never any more than one egg) in order to preserve a future for the next generation. 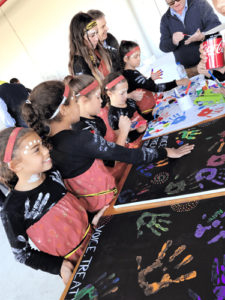 Finally, a group hand painting was done in honour of this year’s NAIDOC Week theme.

“Given this years NAIDOC theme “Voice, Treaty, Truth” the group hand painting was not only fun and colourful but also represented a togetherness in which meaningful and constructive conversations can be fostered. It was awesome to see everyone take part in the celebrations in a true inclusive fashion. A great time was had by all.” said Westley Trist. 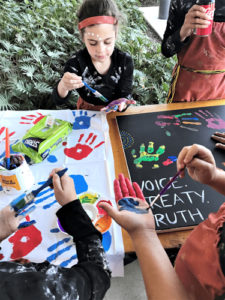