Skip to content
Please be aware of increased cyber-attacks attempting to take advantage of the COVID-19 emergency. While Cleanaway’s security has not been compromised, please click here for information on how to prevent email fraud.

Keeping it in the Cleanaway family – Meet the Tildesleys

“We don’t often talk shop but will lean on each other for clarity or direction when the chips are down. I’m lucky that my family members cover all aspects of the business"

“We don’t often talk shop but will lean on each other for clarity or direction when the chips are down. I’m lucky that my family members cover all aspects of the business"

Meet Mark, his wife Nicole, Mark’s son Tyler, Mark’s brother Shane and his son Brad – who all work for Cleanaway. 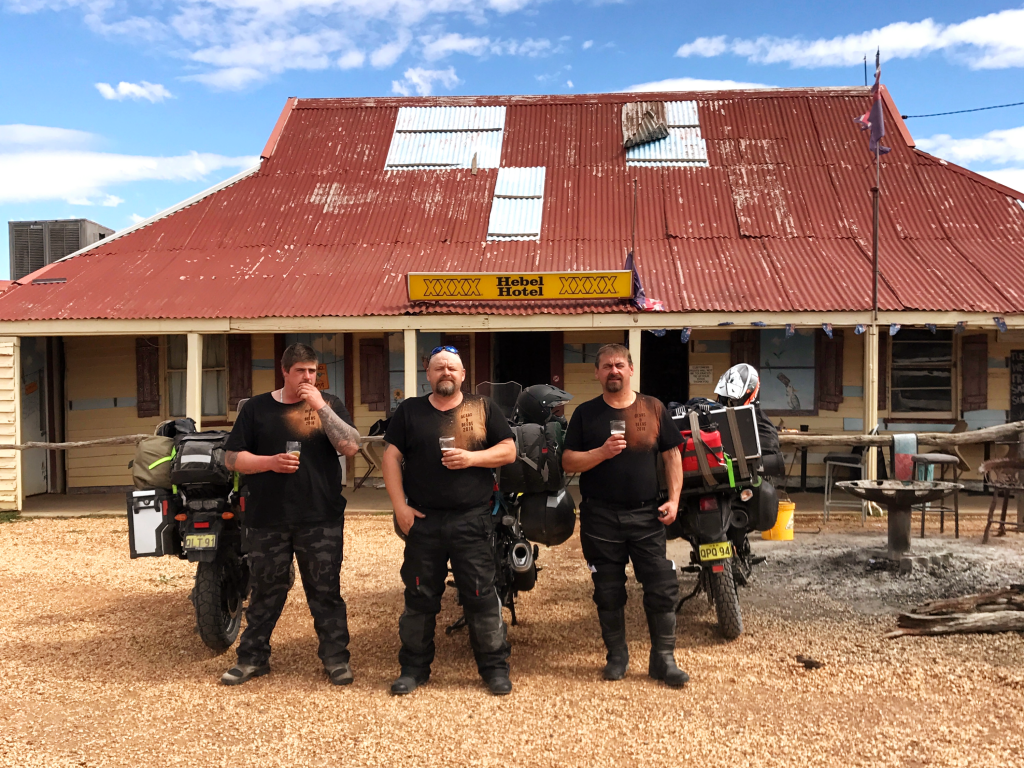 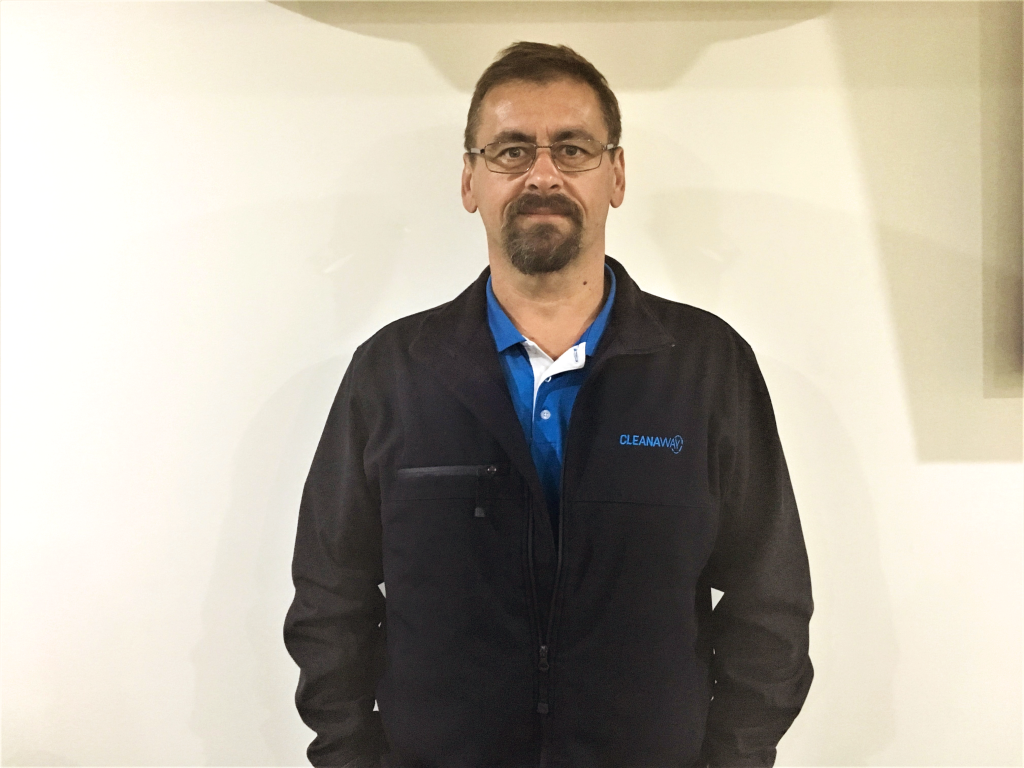 Mark is a 29-year waste management veteran – he started off as a butcher right after school. “I was offered an opportunity to earn good money running behind collection trucks in Western Sydney. The money was three times more than my earnings as a butcher so with a young family at foot I left my trade,” Mark reminisced.

In 2004, Mark was approached by Ian Langridge, the Regional Manager of Cleanaway Erskine Park and was offered an operational position there. He worked his way to a branch manager position at Wyong and eventually took on the Lismore and Newcastle portfolios.

Cleanaway isn’t just the place where Mark built his career – he also built his family.

“Nicole and I met in Erskine Park when she was working in customer service and at that time I was the Equipment Manager. We started out as colleagues, then after some time we went on a date. The rest is history, as they say.” said Mark with a grin.

When asked about the pros and cons of working in the same company with family members, Mark named shared learnings as one of the main benefits. “We don’t often talk shop but will lean on each other for clarity or direction when the chips are down. I’m lucky that my family members cover all aspects of the business – from driving roles to sales careers to customer service, operating systems and middle management – so the knowledge and experience are certainly at hand.”

Mark pointed out that despite the close family ties, the Tildesleys keep things strictly professional at work. “What most do not know is that often I am much harder with family members as you can have those direct and frank conversations and expect a higher level of engagement from them. There are benefits to having those options at hand when hard work must be done.” 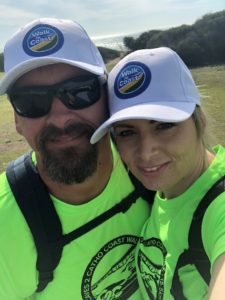 Like her husband, Nicole is a veteran in the waste management industry. She started in the industry at 19 and eventually joined Cleanaway where she has been in a range of roles over 12 years.

She first joined as a customer service officer in Erskine Park and worked hard in an operations supervisor position. “I have worked in the operations, sales and fleet departments to gain an all round experience but slowed down reasonably once I became a mum. Recently I took on the role of Administration Officer where I find a better work-life balance.”

Is life in the waste management industry tough?

“You need to be able to cope with change as the waste industry, regulations and requirements are always changing too.”

Tyler Tildesley – Born to be Cleanaway 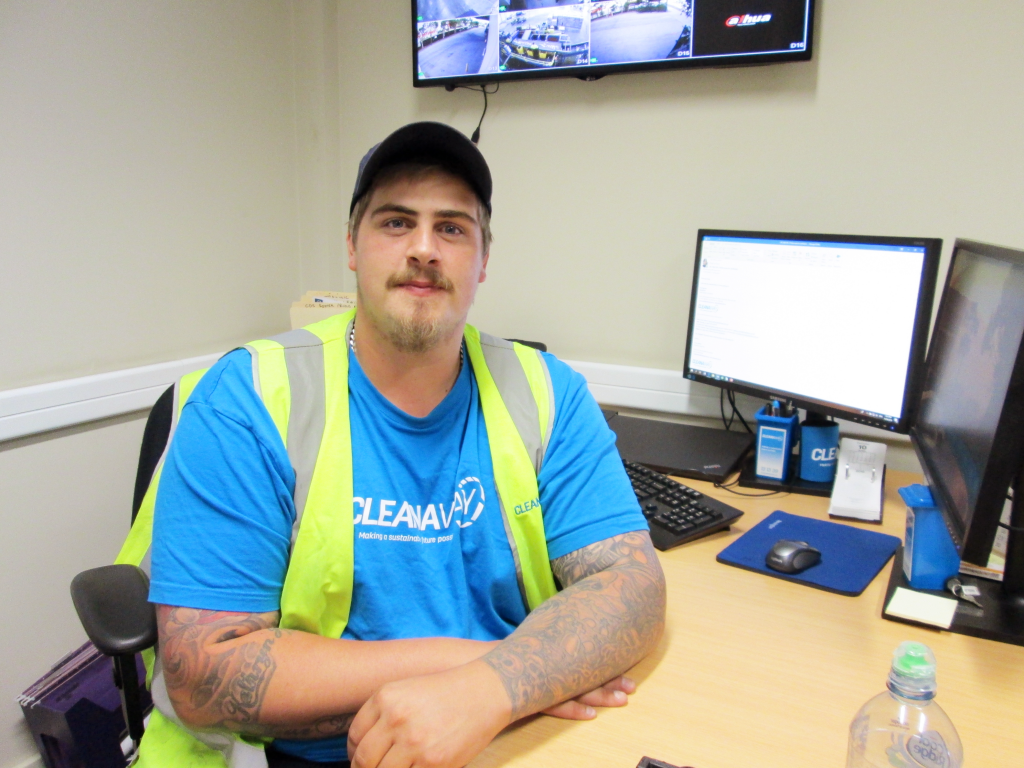 For Tyler, following his father’s career path was a natural decision. When he left school in 2008, he was asked to fill a temporary position at Cleanaway’s Erskine Park bin repairs shop for eight weeks. Little did he know that he would stay on for another eight months before going full time.

Tyler obtained his Heavy Rigid (HR) and Heavy Combination (HC) licences to drive trucks and transport waste at Wyong Depot’s transfer station. He then moved into roles such as Leading Hand, and Business Instructor until he landed his current job as the CDS Operations Supervisor at Cleanway’s Beresfield (Newcastle) Depot. He now manages the reverse vending machines (RVMs) and oversees the sorting and baling of CDS containers.

Tyler attributes his success at Cleanaway to one person – his father. “When I was working with my father I had the opportunity to learn from him. He is a good mentor – I would probably not be where I am today had he not taught me what he knows.”

Shane Tildesley – Leading from the front

After spending 13 years working for a waste management company in Sydney, Shane moved to Bathurst in 2006 to take up a driver’s position at Cleanaway.

Shane worked his way to become Cleanaway Bathurst depot’s Business Unit Manager, where he looks after five major food manufactures in the region and is helping them increase landfill diversion. “I have been able to take these five customers from landfill dependency to achieving 90% to 98% landfill diversion,” he revealed. “This brought great satisfaction to me, our customers as well as our organisation – it aligns perfectly with Cleanaway’s mission to make a sustainable future possible”

Shane advised newcomers to the industry to remain focused, to communicate clearly and always take responsibility for the job. “The waste industry can be very challenging at times but also very rewarding. Just own the role you have and don’t work in any grey areas.”

Recently, he was made the new Area Manager of Kempsey, Coffs Harbour and Lismore, a role he takes on with no less passion than he had years ago. Congratulations, Shane! 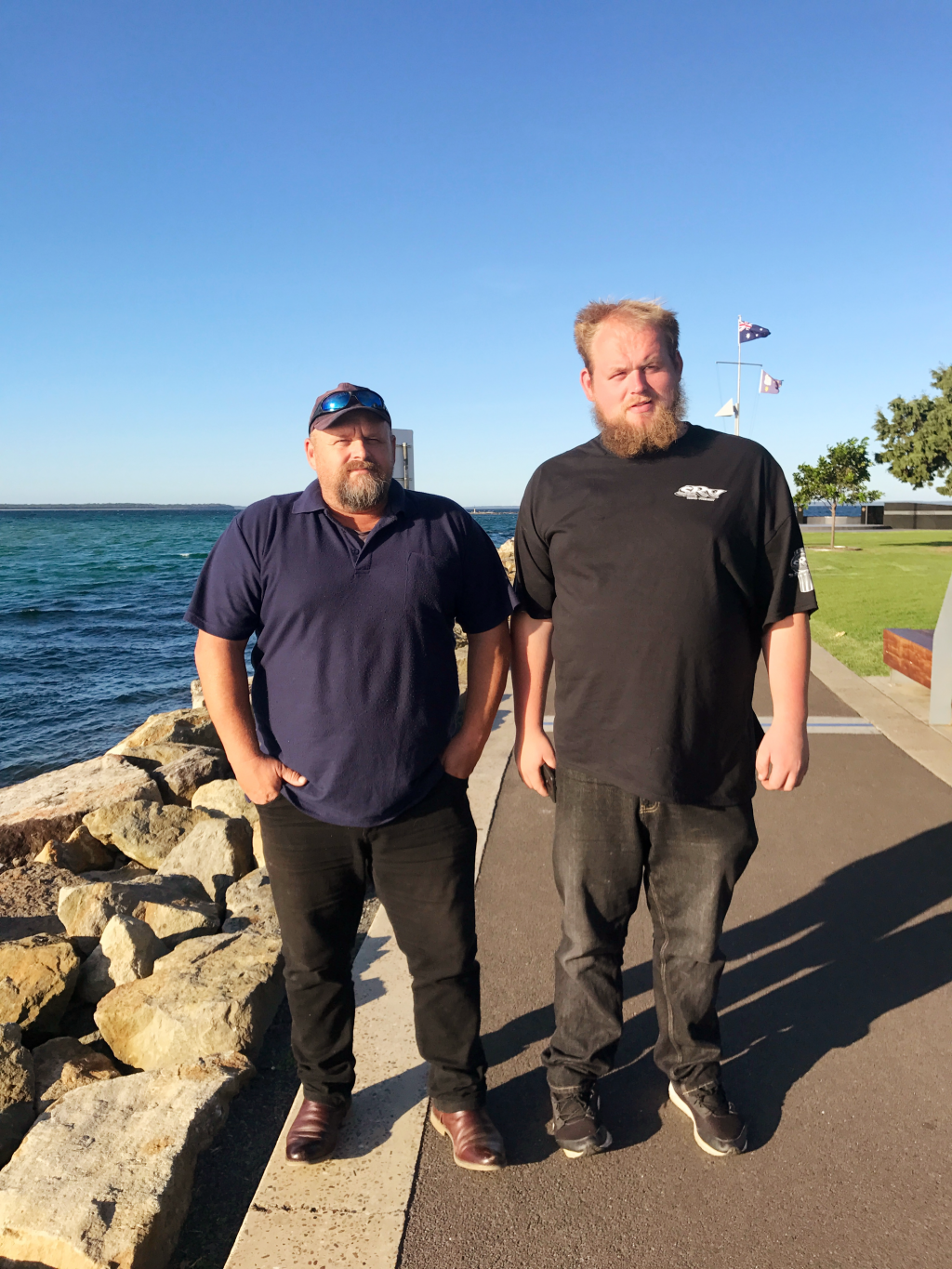 Pictured here are Shane and Brad

Brad started working as a baler operator at the Cleanaway Bathurst depot after completing school in December 2012. He obtained his HR driver’s licence and started operating trucks for Cleanaway.

Brad thanked his father, Shane, for helping him transition into the job. “My father works at the same branch and he helped me get started with the company,” he said. “Although I report to the depot supervisor, I am grateful everyone’s support and the opportunity provided by Cleanaway.”

When asked to reveal what most people wouldn’t know about his role, Brad said with a laugh, “The frontlift truck I drive is worth more than a Lamborghini Contach. I wouldn’t let just anyone drive my Lamborghini!”

Contact us to find out more about our people and how they help us in our mission to make a sustainable future possible across Australia.

You’ve got a friend in me: Meet Simon and Ben

Garbo with a heart of gold – meet Blacktown’s Mick Clark

Not all heroes wear capes