Cleanaway recently provided liquid and solid waste services to several naval vessels at the Port of Brisbane as they docked during the Talisman Sabre exercise. Over 20 Cleanaway team members worked around the clock to service the USS Ronald Reagan, USS Barry, USS Sterrett and USS Bonhomme Richard, as well as the HMAS Darwin and HMAS Melville.

The Talisman Sabre is a biennial military exercise involving up to 30,000 Australian, New Zealand and American military personnel, that works to builds partnerships, interoperability and the ability to respond to contingencies in the region. 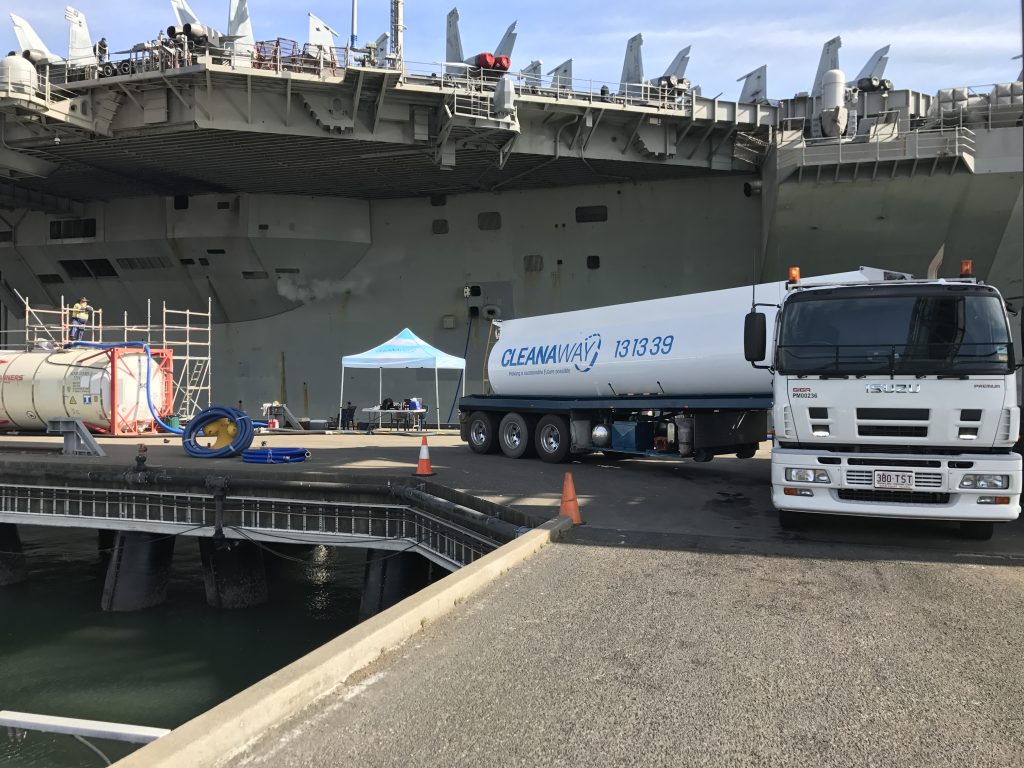 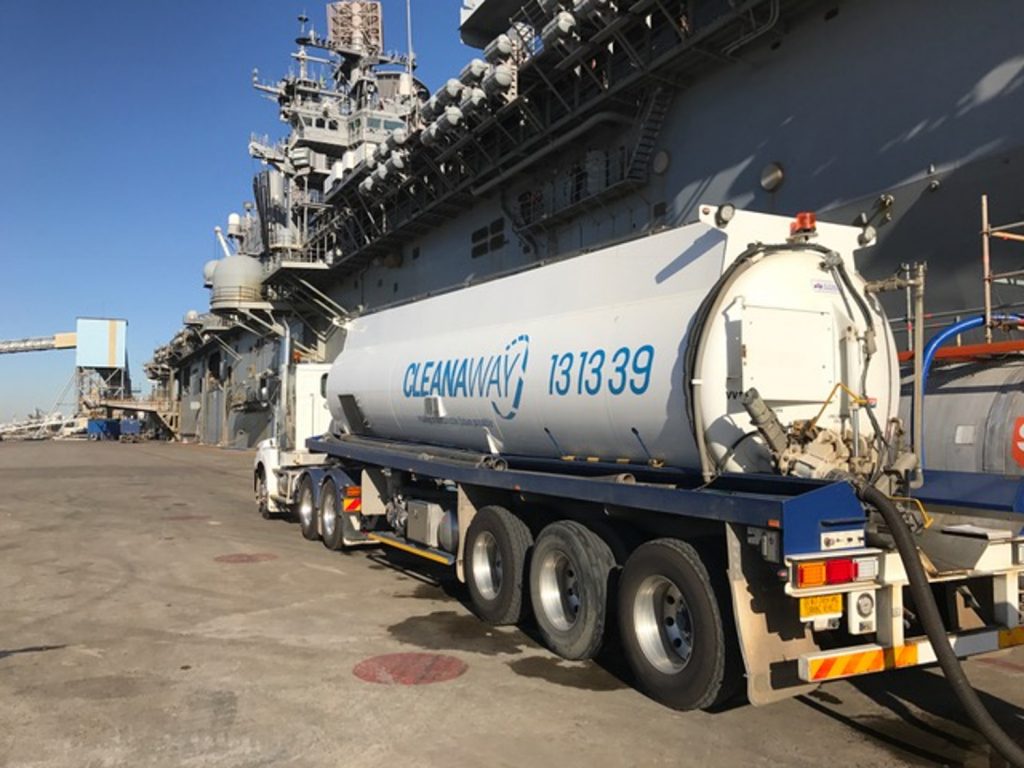 We’re proud to support the Australian Defence Force and the United States Military by collecting, recycling and safely disposing of septic and oily water waste. Waste oil will be recycled as part of our waste oil collection service, while quarantine waste will be transported to a secure landfill and septic waste will be disposed of responsibly.

Contact us to make a sustainable future possible today.

What goes in the FOGO bin?

Your waste and recycling services during COVID-19

Celebrating one year in Tasmania

Why waste and recycling education matters