Clean Up Australia Day 2020 wrap up

Cleanaway is proud to celebrate Clean Up Australia Day 2020 for the fourth year as a leading partner.

“Thirty years ago Ian Kiernan launched a national legacy in Clean Up Australia. Today his amazing daughter Pip is carrying on that legacy. We are helping with $300,000 over the next three years but more importantly with a plan to stop plastic waste in its tracks!” - Federal Environment Minister Sussan Ley.

“Thirty years ago Ian Kiernan launched a national legacy in Clean Up Australia. Today his amazing daughter Pip is carrying on that legacy. We are helping with $300,000 over the next three years but more importantly with a plan to stop plastic waste in its tracks!” - Federal Environment Minister Sussan Ley.

Clean Up Australia 2020 marked our fourth year as a major partner moving towards a litter-free Australia. Cleanaway teams from all over the country celebrated by joining hands and cleaning up local streets, parks and waterways.

“Thirty years ago Ian Kiernan launched a national legacy in Clean Up Australia,” said Federal Environment Minister Sussan Ley. “Today his amazing daughter Pip is carrying on that legacy. We are helping with $300,000 over the next three years but more importantly with a plan to stop plastic waste in its tracks! Tomorrow we host the first national plastics summit putting this issue firmly on the national agenda.” 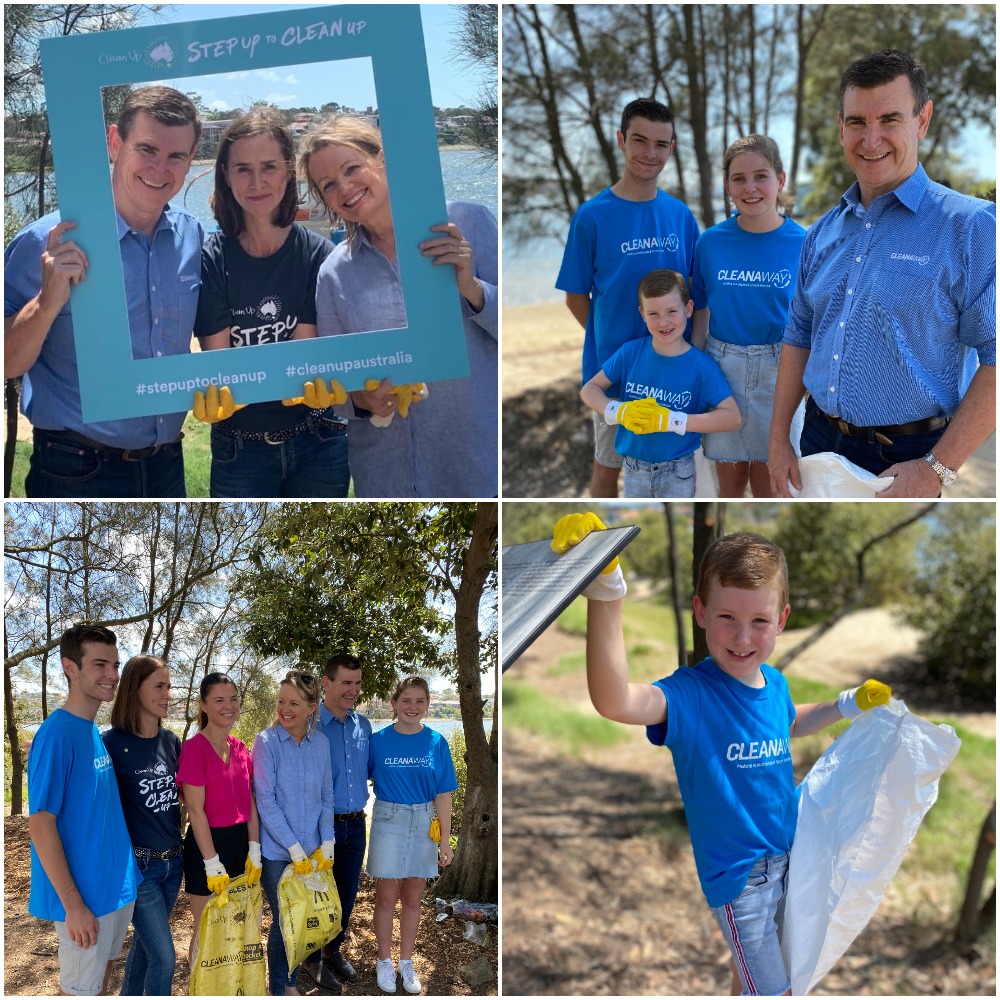 In the gusty weather, the team cleaned up along the grass and sand near Catani Gardens. There was a reduction in cigarette butts from previous years; however, plenty of broken glass was discovered. Along the shoreline there was a significant amount of small polystyrene pieces, which were difficult to pick up. Lots of bottle tops and small pieces of plastic packaging were also found.

One of the more unusual discoveries were several broken plates that seemed to have been purposely buried in the dirt. One syringe was found, which was carefully placed in a Cleanaway Daniels bio-can and later dropped at a pharmacy for disposal. After three years cleaning up at St Kilda, it’s the first time a syringe has been found.

The small team covered lots of ground and had a great morning cleaning up and getting to know people from different departments! 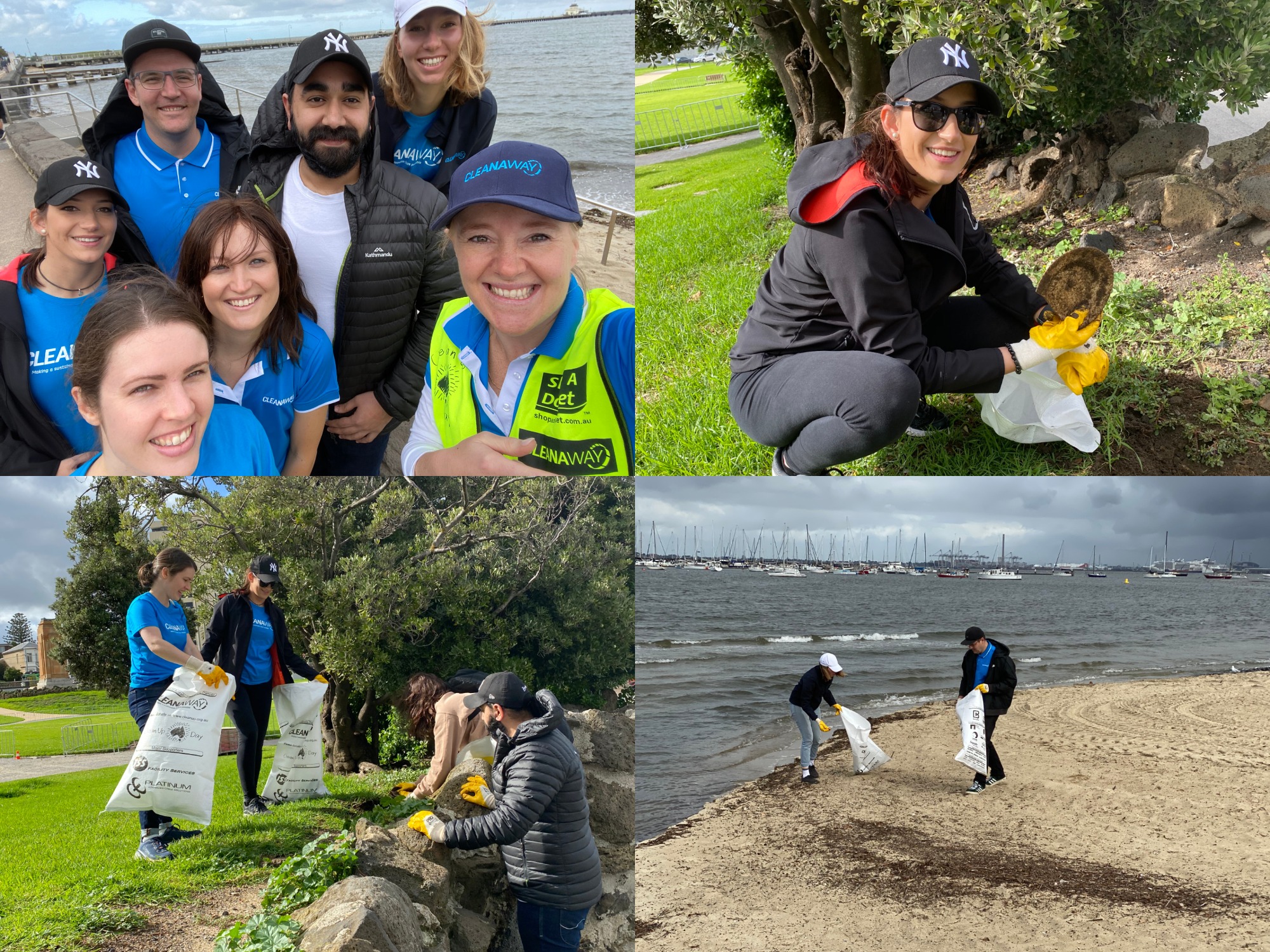 The Adelaide team joined forces with Adelaide Submarine Corp and the Port Adelaide Enfield Council and had a wonderful time cleaning up Biodiversity Park, Outer Harbor.

The team of 20 braved the knee-high grass and scratchy bushes to extract lots of different plastic and textile waste items including 21 car tyres, two rusty fuel tanks, bed springs and vertical blinds. A blue-tongued lizard and several snake skins were spotted, and the team was happy to make this a better environment for all creatures living in the Park. The clean-up ended with our hard waste drivers collecting the bags of litter from the roadside. All in all, a most productive and collaborative Clean Up Australia event! 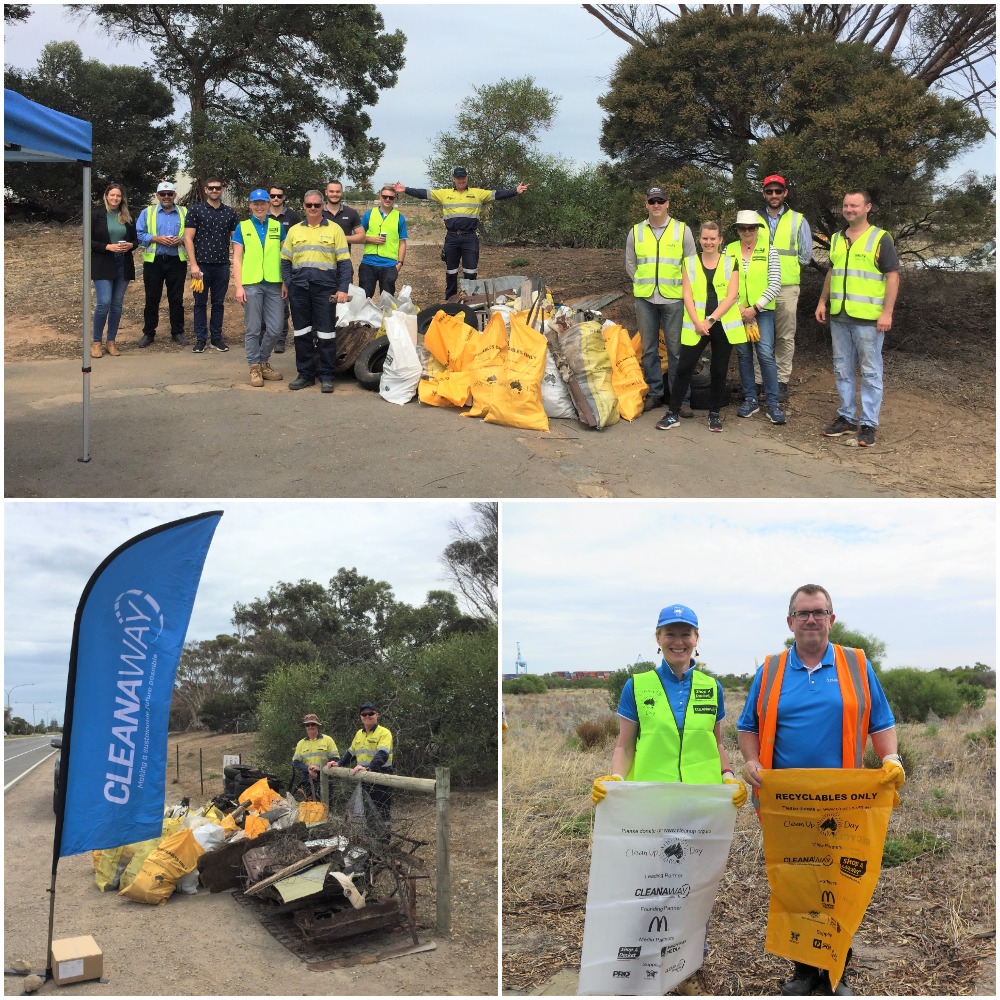 Business Clean Up Day with Cleanaway Malaga and Mandurah

On Tuesday 25 February, 21 team members from our Cleanaway WA offices (Malaga and Mandurah) set out bright and early to clean up Scarborough Beach for Business Clean Up Day. Armed with gloves, vests, and waste and recycling bags, the team went through dunes and the beach in both north and south directions. The team collected a heap of rubbish including a few unusual items such as a couch cushion, sheets and a shovel. Cigarette butts were once again the most common litter item collected. 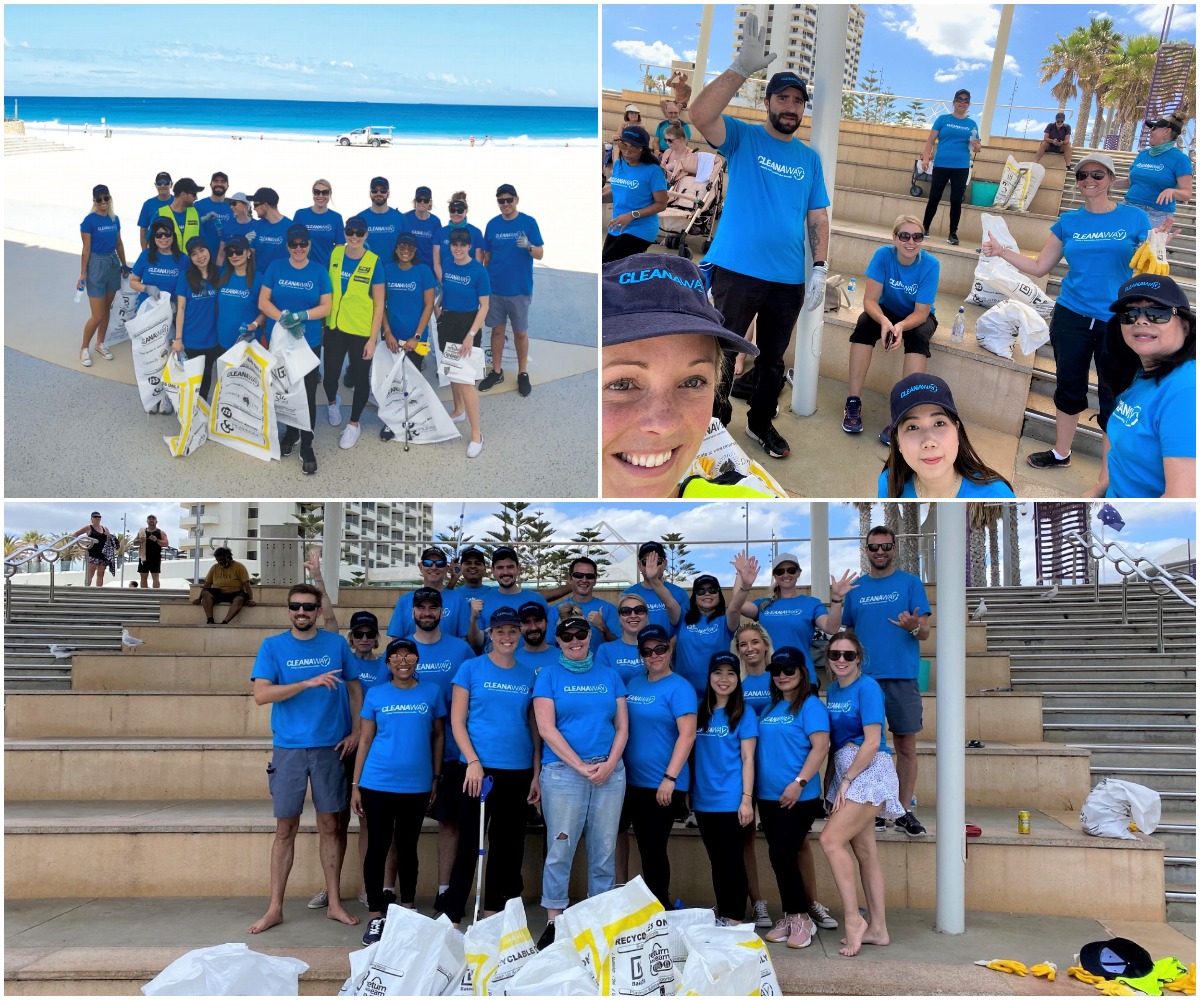 Last month, the TOMRA Cleanaway team got together at our Eastern Creek facility to clean up the surrounding streets. In just an hour, the team collected four bags of recycling and four bags of general waste! No clean-up is complete without a few strange items of litter – this year the group discovered a police siren, sandwich press and a metal ratchet. While soft plastic bottle wrappers and scrap metal were the most common litter items found, the team was pleased to note that plastic bottles were few and far between. 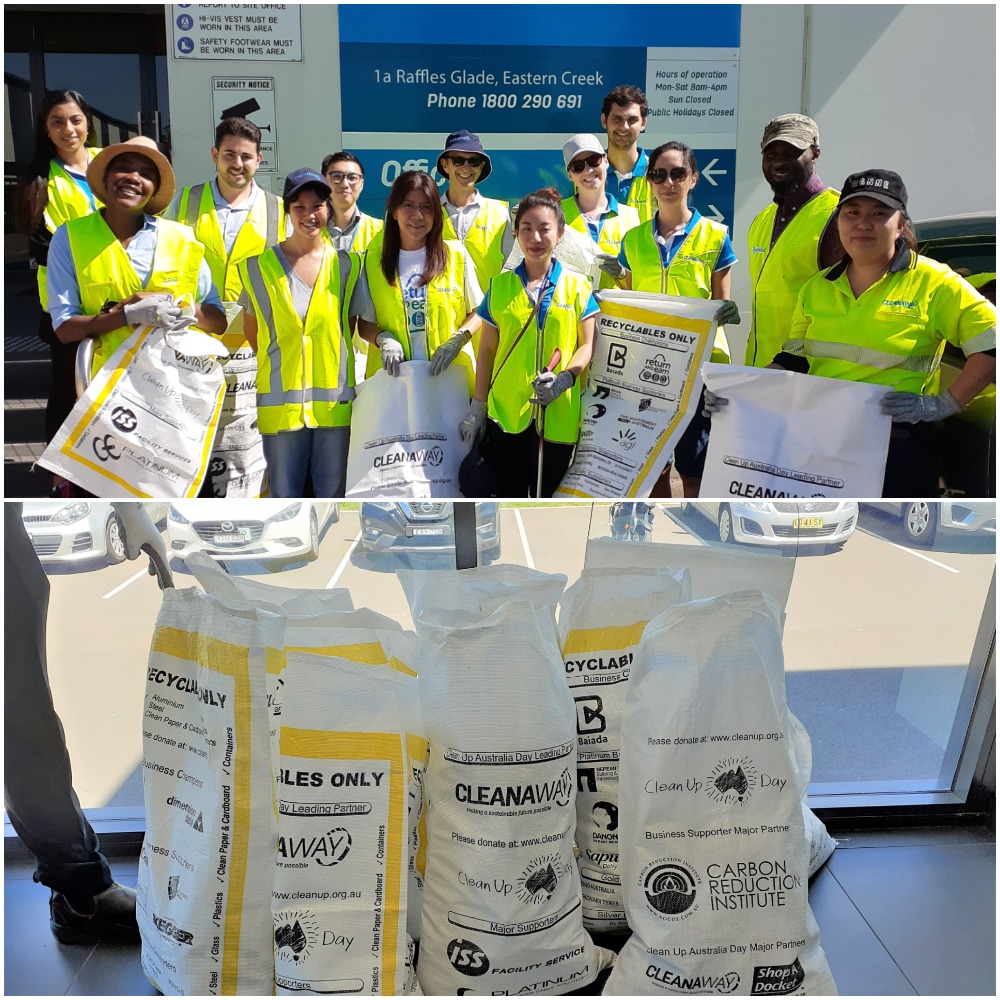 More than 50 members of our QLD team were out in full Cleanaway colours on Clean Up Australia Day to rid Victoria Park and the Spring Hill streets of litter. The team included 17 kids (and 3 dogs!), and were joined by the CitySmart team, Trevor Evans MP and Cr Vicki Howard. Apart from the rubbish and recycling collected, the team found car body parts, three containers of sharps, old fence palings and various items of clothing. Thanks to all the volunteers who came together to do their bit for sustainability in Brisbane. 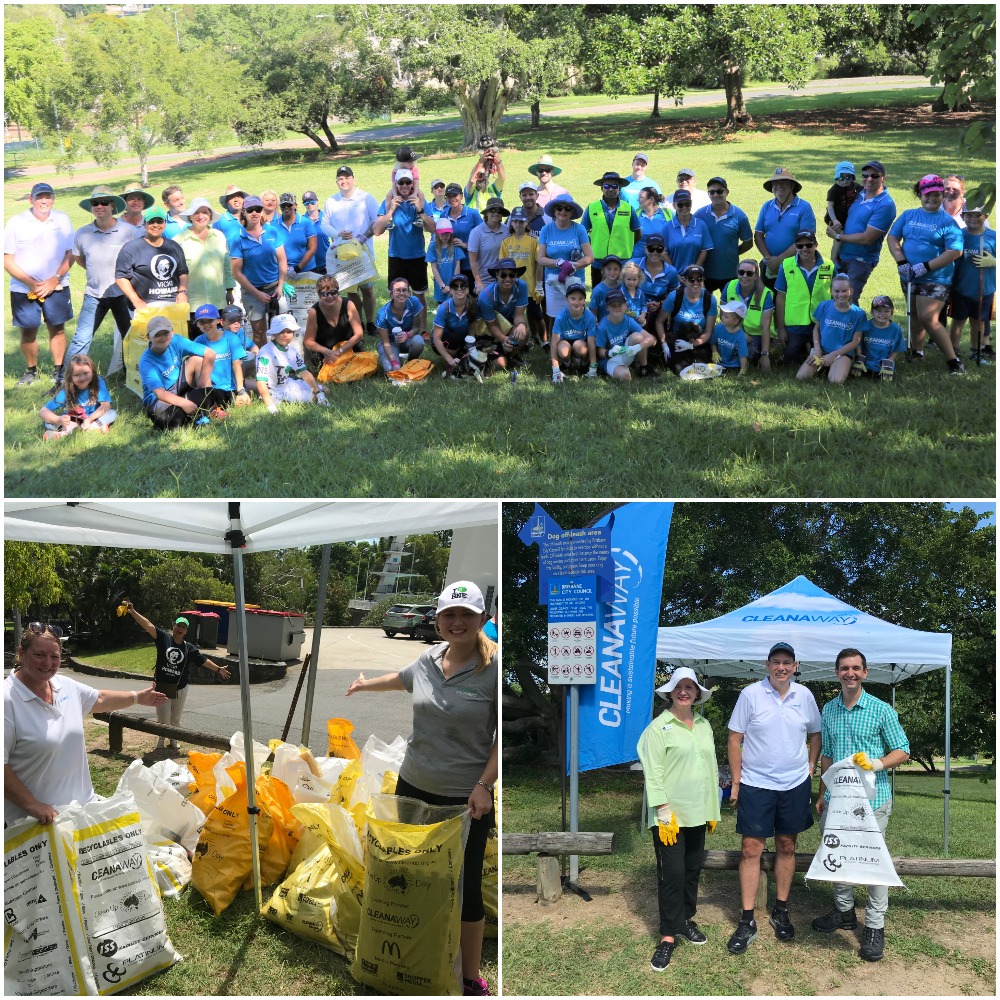 Visit our Clean Up Hub for more tips, tricks and resources on how you can make Clean Up a part of your everyday life. Contact us to learn more about how we make a sustainable future possible for communities across Australia.

Planting the seeds for a sustainable future: Cleanaway’s Clean Up wrap up 2021

Going beyond Clean Up Australia Day